The 2019 Dubai Airshow concluded on November 21st, with a total of $54.5 billion in deals and record attendance, highlighting both the continued importance of this Airshow to the global aviation industry and the investments that U.A.E. airlines are continuing to make into their growing fleets. This week-long Airshow also showcased the strong U.S.-U.A.E. aerospace and defense relationship, which serves as one of the bedrocks of bilateral relations.

During the Airshow, U.S. aerospace giant Boeing signed several contracts and agreements including: 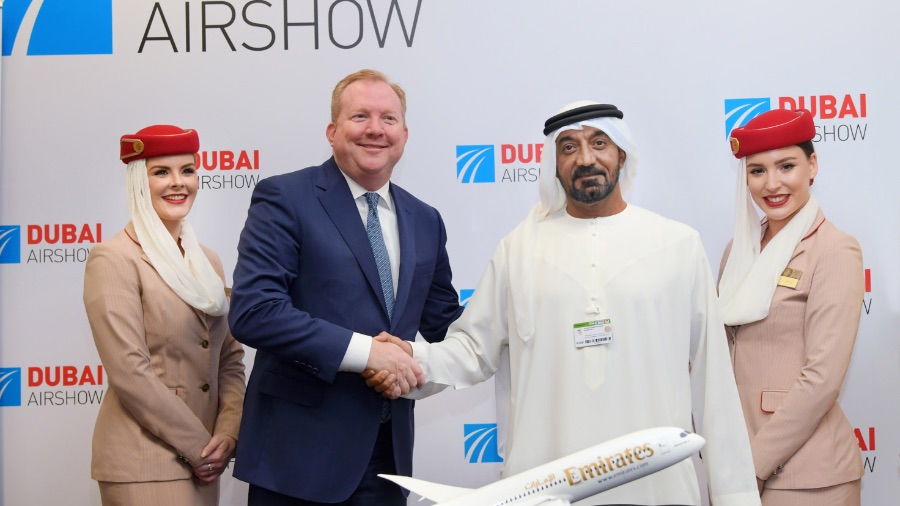 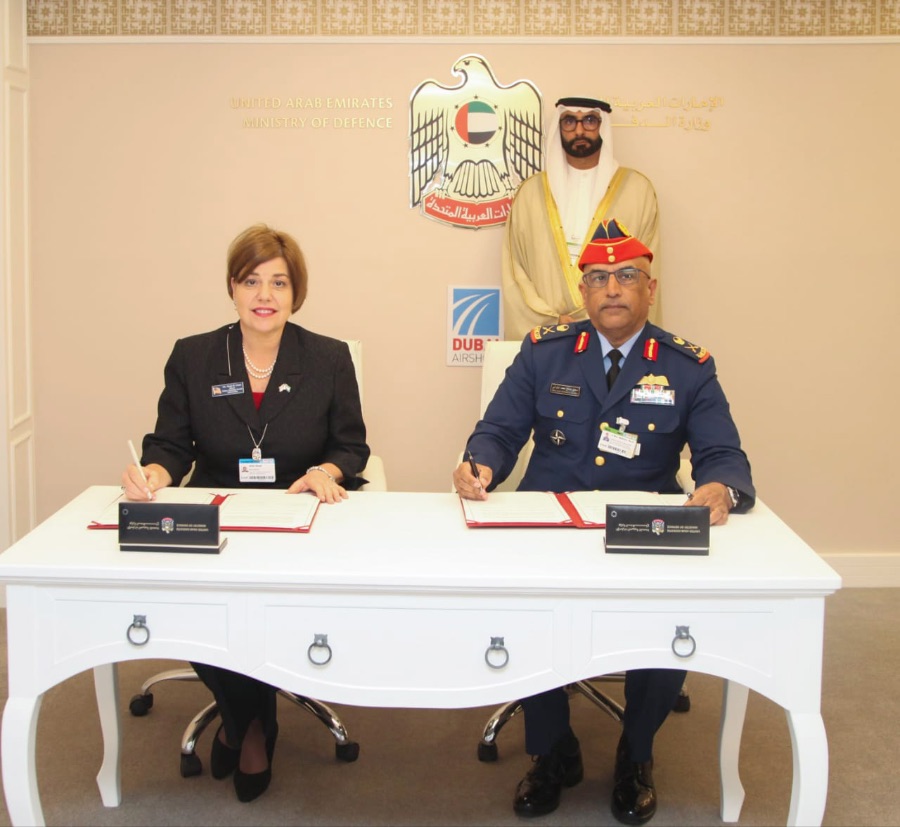 On top of the above deals, the bilateral relationship was on display at the U.S.-U.A.E. Business Council and Aerospace Industries Association’s (AIA) dinner on November 17 at the Jumeirah Beach Hotel. The dinner, attended by over 400 people, featured keynote remarks by Her Excellency Reem Al Hashimy, U.A.E. Minister of State for International Cooperation and Managing Director for Expo 2020 Dubai as well as speeches by The Honorable John Rakolta, Jr., U.S. Ambassador to the U.A.E.; and The Honorable Ellen Lord, Under Secretary of Defense for Acquisition and Sustainment at the U.S. Department of Defense.

The event also included a raffle draw featuring U.A.E. Special Olympics Athletes as guests of honor. The athletes, who competed at the 2019 Special Olympics World Summer Games in Abu Dhabi, were joined onstage by executives from Emirates, Etihad, Rosewood, and Jumeirah whom all graciously donated prizes. 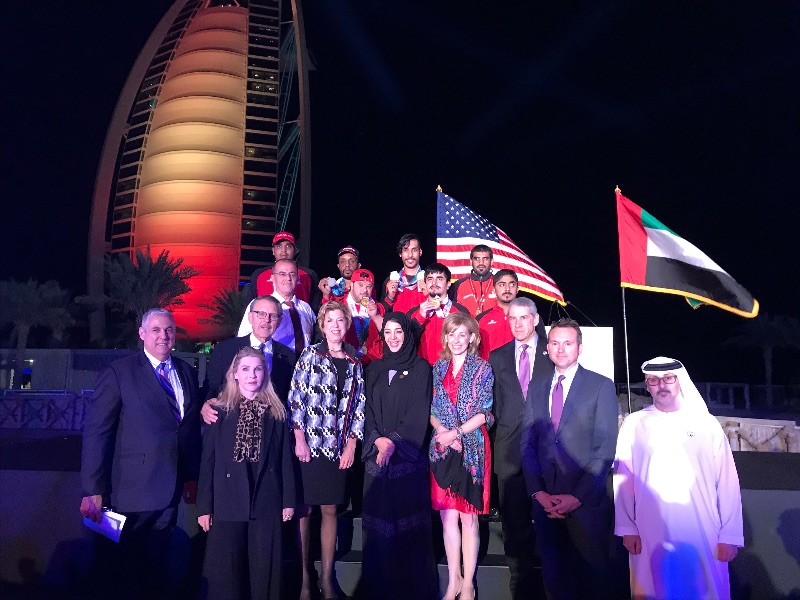 Over the course of the week, there was considerable discussion and commentary about the U.S.-U.A.E. bilateral relationship including by U.S.-U.A.E. Business Council President Danny Sebright.

At the beginning of the week, Mr. Sebright gave a video interview to Defense & Aerospace Report where he discussed the U.A.E.’s new EDGE organization, U.S. and Chinese competition in the Middle East, and approaches to deterring Iran.

Mr. Sebright also spoke to Arabian Business about China’s growing role in the aerospace sector and the impact this will have on American and Emirati companies. Additionally, Mr. Sebright stressed the importance of the U.S.-U.A.E. bilateral relationship in the aerospace sector – which has seen more than $150 billion in deals over the last five years and has created 700,000 jobs in the United States.

Finally, on November 18th, Mr. Sebright was quoted in The National regarding the importance of releasing more sophisticated U.S. technologies that would strengthen the Emirati military.