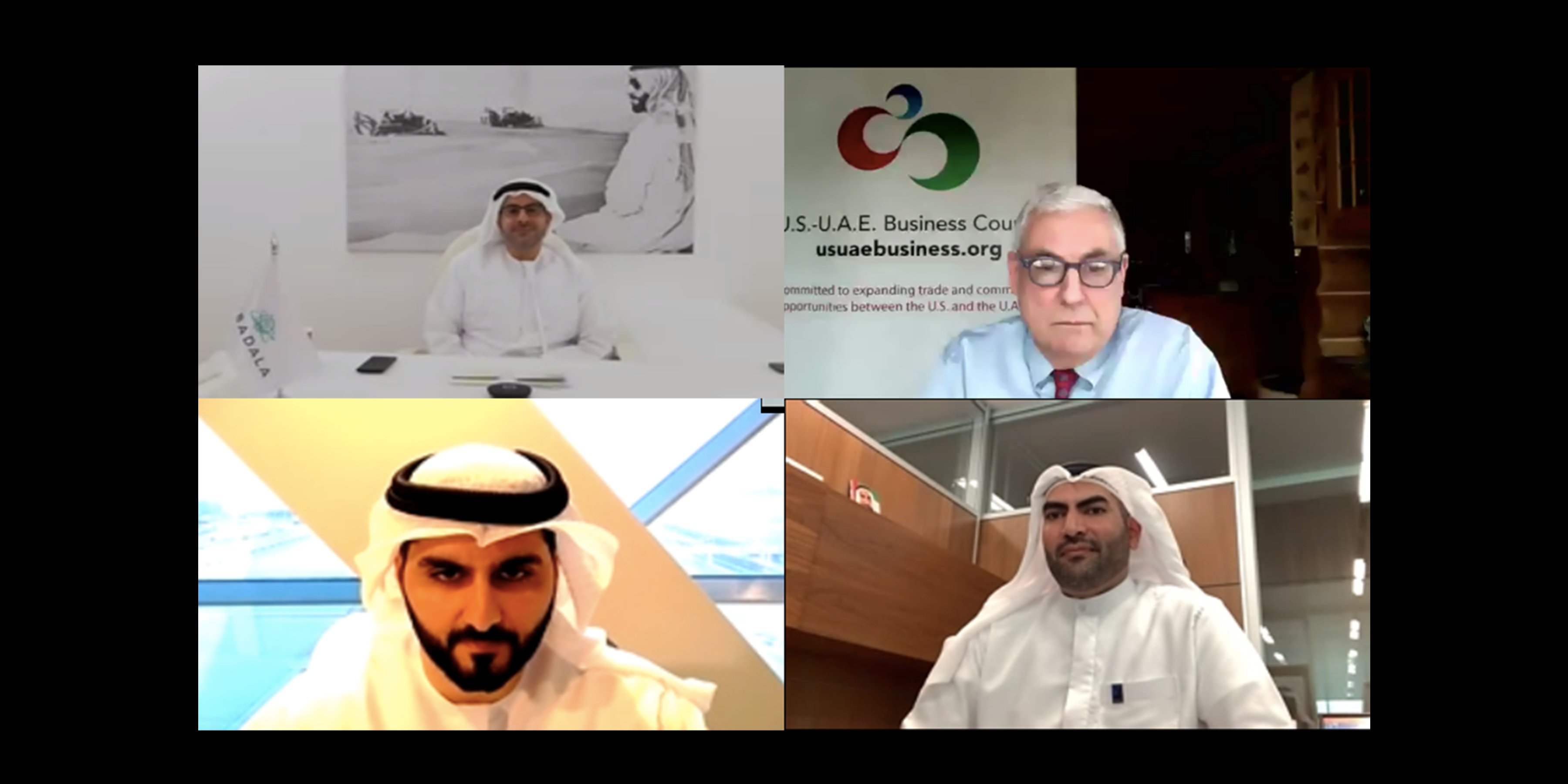 Leadership of the Abu Dhabi Hydrogen Alliance, consisting of Mubadala, ADNOC, and ADQ, ​underscored during a Business Council webinar the seriousness and “urgency” with which Abu Dhabi is endeavoring to build a hydrogen economy, stressing that now is the time to realize the “astronomical” growth potential of this sector. A video of the webinar​, which took place on 24 March 2021 and was an outgrowth of the Councils’ Climate Change Task Force, can be found here.

In a conversation moderated by Mr. Danny Sebright, President of the U.S.-U.A.E. Business Council, Badr Al Olama, Executive Director of U.A.E. Clusters at Mubadala​, ​set the scene for the creation of the Alliance by noting that global energy demand is expected to more than double by 2050,​ ​technology is rapidly evolving, and consumer preferences are changing as there is an increasing ​global interest in decarbonization​, ​sustainability, and ​mitigating climate change. Badr added that Mubadala is stepping in to fill the need for more investment in this important sector, ​thereby advancing the ​U.A.E.’s vision of developing a hydrogen economy.

Speaking on behalf of the Abu Dhabi National Oil Company (ADNOC), Khalid Almuhaidib, Senior Vice President of Hydrogen Business at ADNOC​, ​stressed the importance of the Alliance for Abu Dhabi, noting that it originated with a mandate from HH Sheikh Mohammed bin Zayed, Crown Prince of Abu Dhabi and Deputy Supreme Commander of the U.A.E. Armed Forces. He spoke of ADNOC’s desire to be a “national champion” of this initiative, given that it fits within ADNOC’s “DNA” as a “responsible energy producer.” Moreover, he emphasized the capabilities ADNOC brings to the table given its decades of experience both handling hydrogen and in carbon capture and sequestration.

Hamad Al Hammadi, Investment Director at ADQ, spoke to how ADQ will leverage ​its extensive portfolio ​of 90 companies to support the alliance and push it forward in myriad ways.  He elaborated in particular on the potential to transform the activities of portfolio companies in the renewable and nuclear power; chemicals, metals, and manufacturing; and aviation, rail, shipping, and logistics sectors. Moreover, Hamad spoke to Abu Dhabi’s strategic position, placed in between the east and west, that make it well positioned to be a leading purveyor of hydrogen.

When asked about the role of hydrogen in the global energy landscape, Badr Al Olama noted that hydrogen is emerging as a key technology as countries seek to reduce their greenhouse gas emissions and provide cost-effective energy to businesses and consumers. ​He spoke of the potential for Abu Dhabi to transform its abundant sunshine into hydrogen and “transport it anywhere.” In light of this, the Abu Dhabi Hydrogen Alliance aims to position Abu Dhabi as a leader in the hydrogen sector, and as the go​-to source for hydrogen exports.

All of the panelists remarked on the collaborative nature of the Abu Dhabi Hydrogen Alliance, and ​described themselves as one Abu Dhabi team​. Danny Sebright lauded the efforts of the Abu Dhabi Hydrogen Alliance and their efforts to work together to help provide energy in the form of hydrogen globally, adding that ​he heard loud and clear that now is the time to get involved with such a promising and nascent industry.