Emirates Nuclear Energy Corporation Looks to U.S. Partners for Next Phase of Program 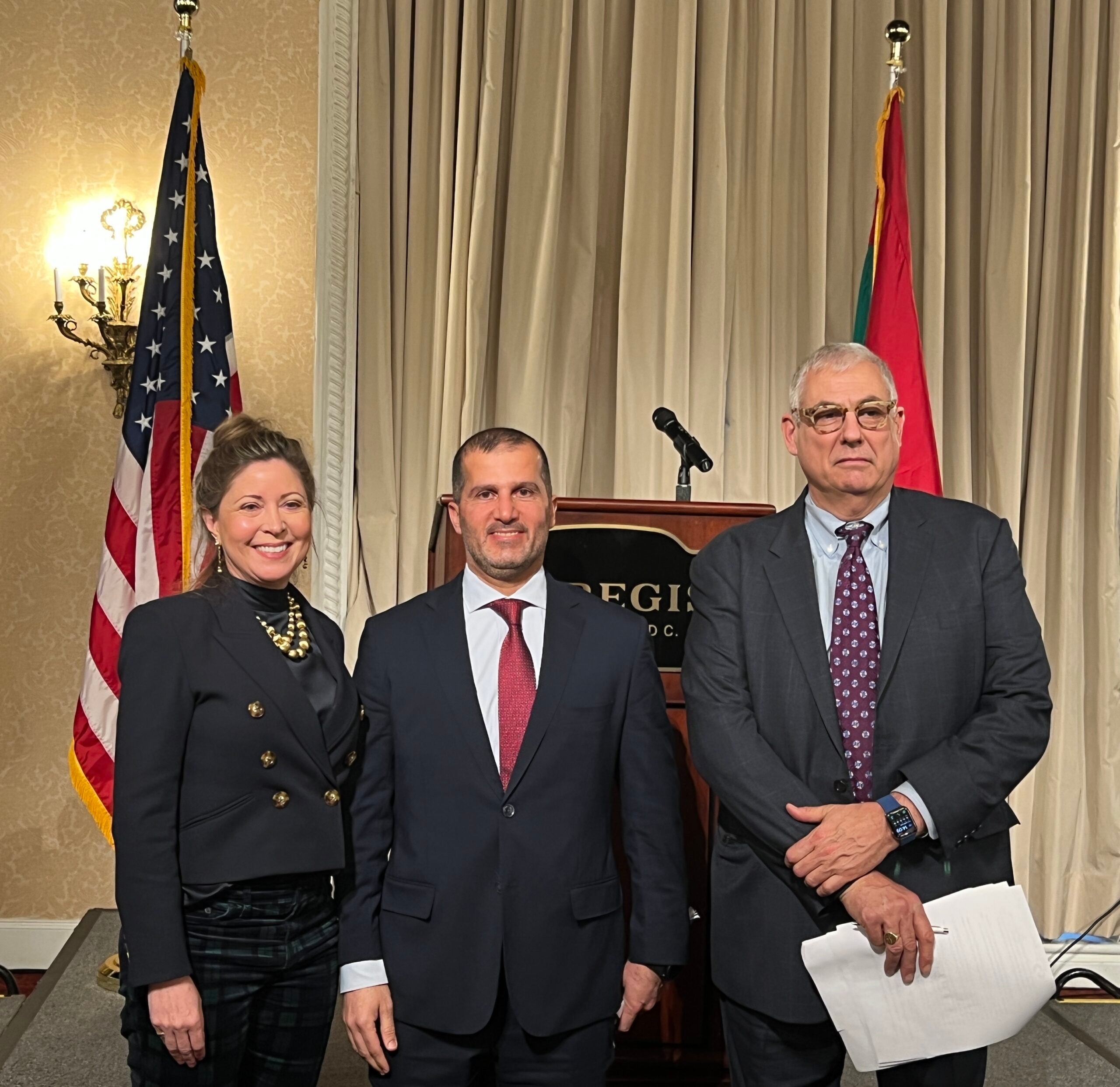 The U.S.-U.A.E. Business Council in collaboration with the Nuclear Energy Institute (NEI) hosted a business discussion with His Excellency Mohamed Al Hammadi, ENEC COO Ali Al Zaabi, and a visiting delegation from the Emirates Nuclear Energy Corporation (ENEC). The event took place at the St. Regis hotel in Washington, DC. A recording of the session can be found here and an associated presentation here.

Danny Sebright, President of the U.S.-U.A.E. Business Council, welcomed guests and lauded the U.A.E.’s civilian nuclear program, which the Business Council has supported from its inception 12 years ago. He also detailed the key work that the American business community played in supporting the U.A.E.’s nuclear energy goals,  including the historic U.S.-U.A.E. 123 Civil Nuclear Energy Agreement.

In turn, Maria Korsnick,  President and Chief Executive Officer of the Nuclear Energy Institute (NEI), described the U.A.E.’s civilian nuclear program as an example to countries around the globe. She spoke of the need for nuclear energy to be a part of the worldwide push to neutralize carbon emissions, and the powerful example of the U.A.E.’s rapid transition to carbon-neutral energy.

His Excellency Mohamed Al Hammadi, Managing Director and CEO of ENEC, provided an overview of ENEC’s goals and its overall position within the U.A.E.’s energy diversification efforts. H.E. highlighted the newfound emphasis on nuclear energy he witnessed at Cop26 in Glasgow as being a key element in the mix of solutions necessary for the world’s 2050 net zero commitments. H.E. Al Hammadi also stated his hope that governments around the world will expand their usage of nuclear energy through immediate and practical means.

Ali Al Zaabi, Chief Operating Officer for ENEC, discussed the specifics of the U.A.E.’s nuclear energy program, and elaborated on ENEC’s priorities for partnership with U.S. businesses. Al Zaabi detailed current American involvement in ENEC’s operations, with U.S. involvement spanning across 33 states, 200 companies, and a total of $3 billion in contracts. He encouraged American companies to redouble their efforts to partner with ENEC in the future. Al Zaabi provided an overview of opportunities, and shared information on how to register as an ENEC supplier.

For more information on the U.S.-U.A.E. Business Council’s work in the nuclear energy space or our upcoming events, please contact Graham Reitman at greitman@usuaebusiness.org.