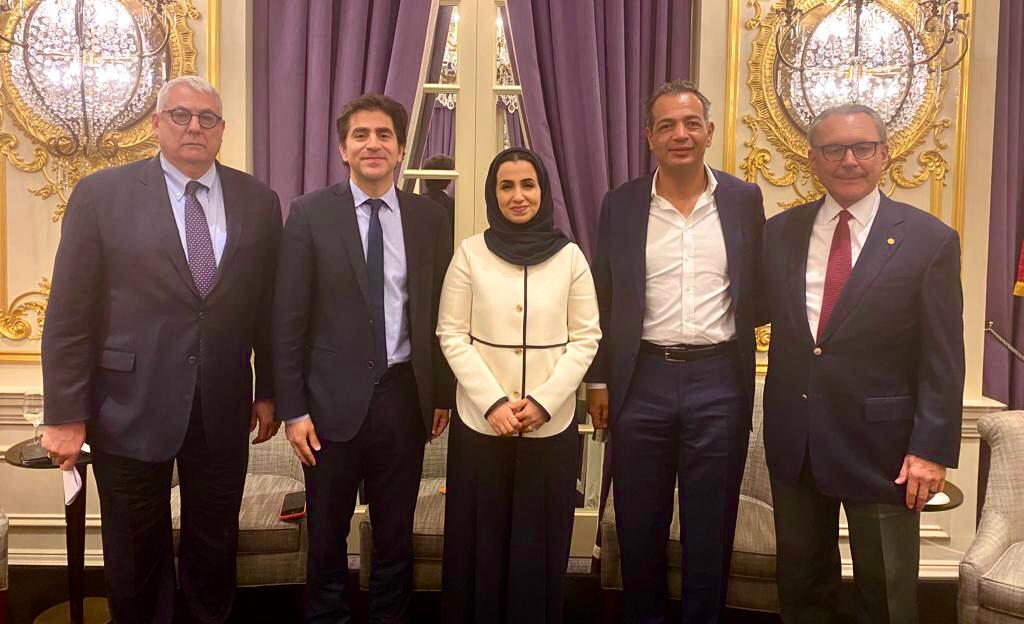 The U.S.-U.A.E. Business Council officially kicked off its “Projects of the 50” programming series with a roundtable discussion in New York City on 12 May 2022. SAIS Fellow Afshin Molavi, former U.S. Ambassador to the U.A.E. John Rakolta, Morgan Lewis partner Ayman Khaleq, and U.A.E. Consul General in New York Her Excellency Amna Almheiri showcased the U.A.E.’s groundbreaking new Projects of the 50 business and social reforms that seek to double the size of the U.A.E. economy over the next decade, and to “create the most dynamic economy in the world.” This luncheon discussion brought together 60 leaders from government, academia, and the private sector who were interested in learning more about changes the U.A.E. is making to enhance its already business friendly economy and become a truly global business hub.

Her Excellency Amna Almheiri, U.A.E. Consul General in New York City, made opening remarks about the U.S.-U.A.E. partnership and the U.A.E. as a place to live, work, and do business. Her Excellency referred to particular programs such as new visa schemes and the adoption of advanced technology when describing the increasing ease of doing business in the U.A.E. She also emphasized the numerous areas of bilateral U.S.-U.A.E. cooperation, including in the realms of climate change and space. Moreover, she also spoke to the incredible focus the U.A.E. is placing on highlighting the important role of women and gender equality in general.

Afshin Molavi, Senior Fellow at Johns Hopkins University SAIS, discussed the impetus behind the Projects of the 50 in the context of the “competitive game of nations,” as well as the U.A.E.’s reorientation of its foreign policy to put the “economy first”. Afshin also commended the U.A.E. government for their forward looking attitude. Afshin noted that the U.A.E. has “laid out a blueprint for the next 50 years.” Remarking that the U.A.E. “punches above its weight”, Afshin cited education, healthcare, and female empowerment as reasons for the U.A.E.’s high level of human development.

The Business Council will continue to tell the story of the U.A.E. Projects of the 50 around the United States in collaboration with our partners. Join us on Monday, May 16th for a discussion on the Projects of the 50 in Ft. Lauderdale, Florida. More information on this event and a registration link can be found here.  The Business Council is also planning to bring this road show to Dallas, Houston, Los Angeles, and San Francisco later this year.