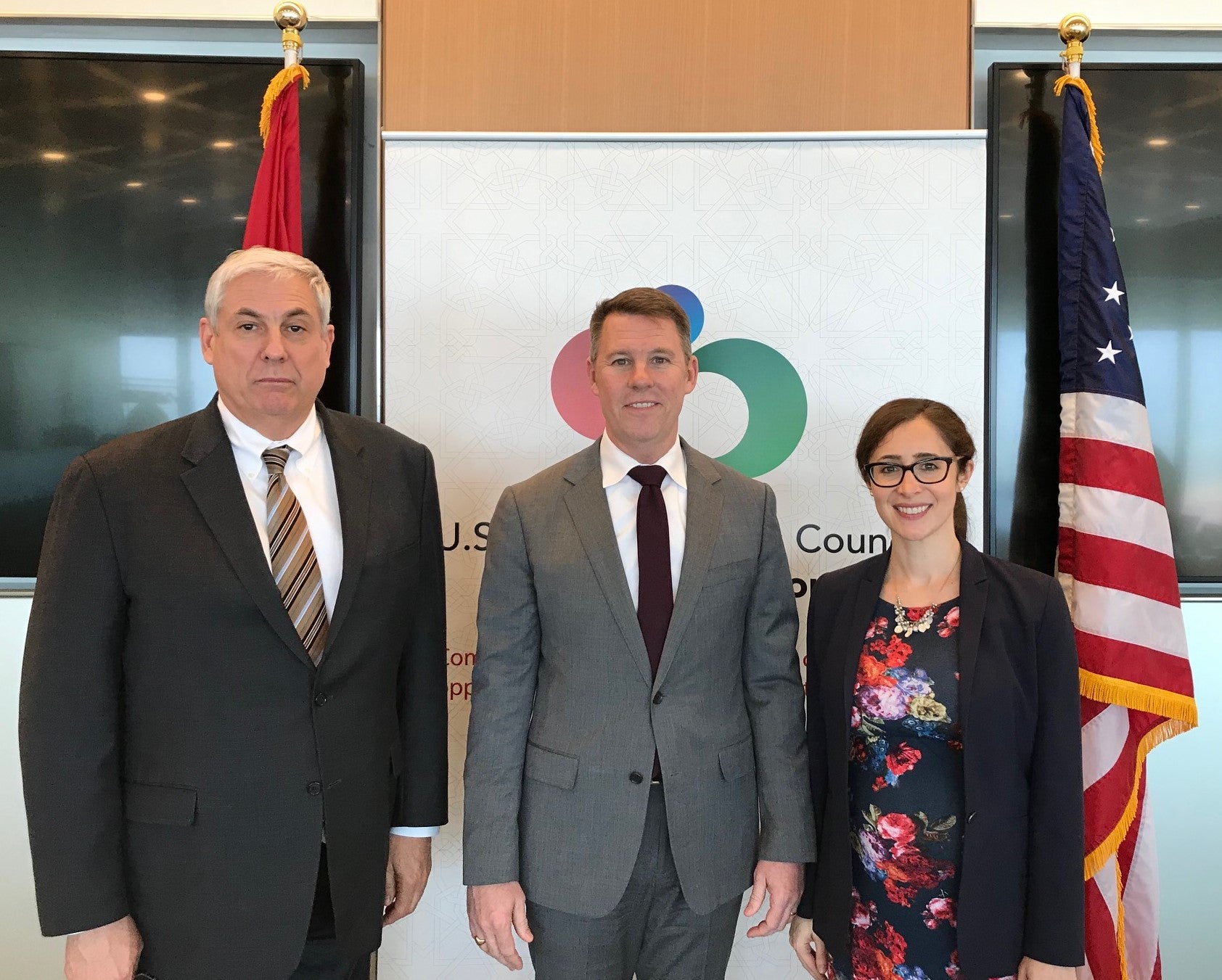 The U.S.-U.A.E. Business Council hosted the Deputy Assistant Secretary of Defense for the Middle East (DASD) Michael Mulroy for a roundtable discussion on the 3rd of April 2019 in Washington, D.C. The discussion provided senior executives from key U.S. defense and security members an opportunity to hear from Mr. Mulroy on the latest developments in the U.S.-U.A.E. defense relationship.

During the roundtable, Mr. Mulroy discussed the importance of U.S.-U.A.E defense cooperation and how the U.S. views the U.A.E as a partner in preserving and maintaining stability in the Middle East region. Mr. Mulroy also engaged with business leaders about their priorities in the U.A.E and the Gulf region.

Commenting on the bilateral relationship, Mr. Mulroy said, “The United States’ partnership with the U.A.E. has been forged through decades of cooperation and a shared vision of a moderate, tolerant, and flourishing Middle East. Our commitment to the U.A.E.’s security is unshakable.” U.S.-U.A.E. Business Council President Danny Sebright facilitated a discussion on key regional issues, including the fight against ISIS in Iraq and Syria, the conflict in Yemen, increasing cybersecurity threats, and the ongoing tensions in the Gulf regarding Iran’s aggressive behavior. This event builds on a previous discussion that the Business Council convened with DASD Mulroy in April 2018, soon after he assumed his current position.

Concluding the event, Mr. Sebright said, “The United Arab Emirates and the United States have worked closely together toward a common goal of preserving the security and stability of both countries as well as the wider Middle East region. Through this long-standing partnership, the U.A.E. continually demonstrates its dedication to resist and eradicate terrorism and violent extremism to make the world a safer place.”

Click here for the Business Council’s newly released report on the U.S.-U.A.E. Defense and Security Relationship.