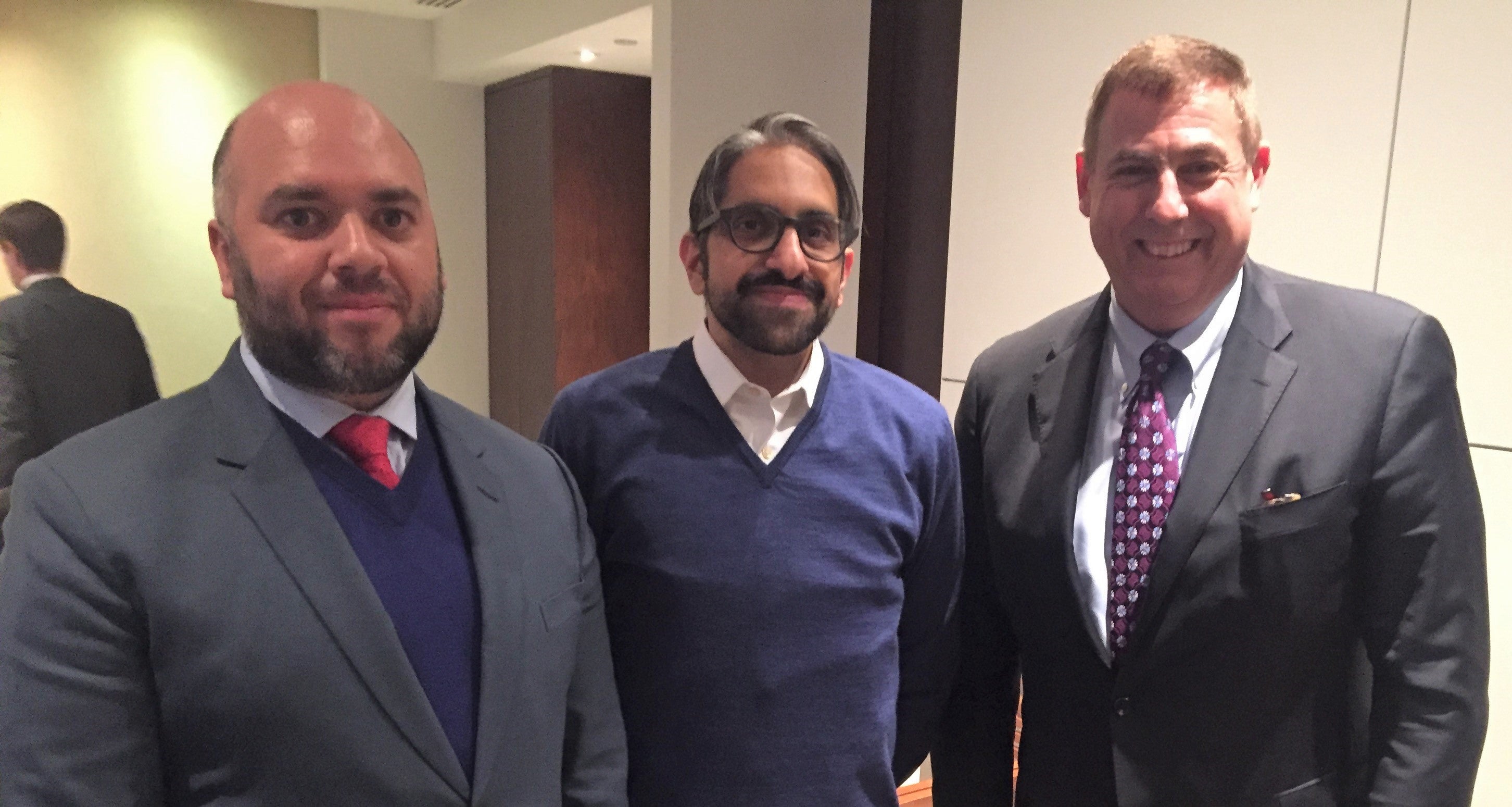 During his presentation, Al Qassemi led a candid discussion of the internal and external pressures and challenges facing the U.A.E. today, even as it continues to provide a shining example of secure, sustainable social and economic growth for the region. Sultan outlined for the group challenges and opportunities in the areas of demographics, cost of living, the ICT and telecommunications industry, education, cyber security, public institutions, border security, and future competition.

H.E. Al Suwaidi added, “The U.A.E. is increasingly moving toward a flexible, knowledge-based economy, powered by skilled Emiratis and world-class talent. Sultan Al Qassemi’s accomplishments in the arts and contribution to international affairs issues reflect the U.A.E.’s diversity of thought and Emirati leadership.”  “This distinction in leadership is what helps set the U.A.E. apart as a leader and model.” Danny Sebright, President of the U.S.-U.A.E. Business Council, engaged Sultan on his views regarding Saudi Vision 2030, the U.A.E.’s complex relationship with the U.S., and with that of Iran, before concluding the discussion with an engaged question and answer session.

Al Qassemi is now a Practitioner-in-Residence for the Spring 2017 semester at the NYU Hagop Kevorkian Center for Near East Studies. He can be followed on Twitter at @SultanAlQassemi