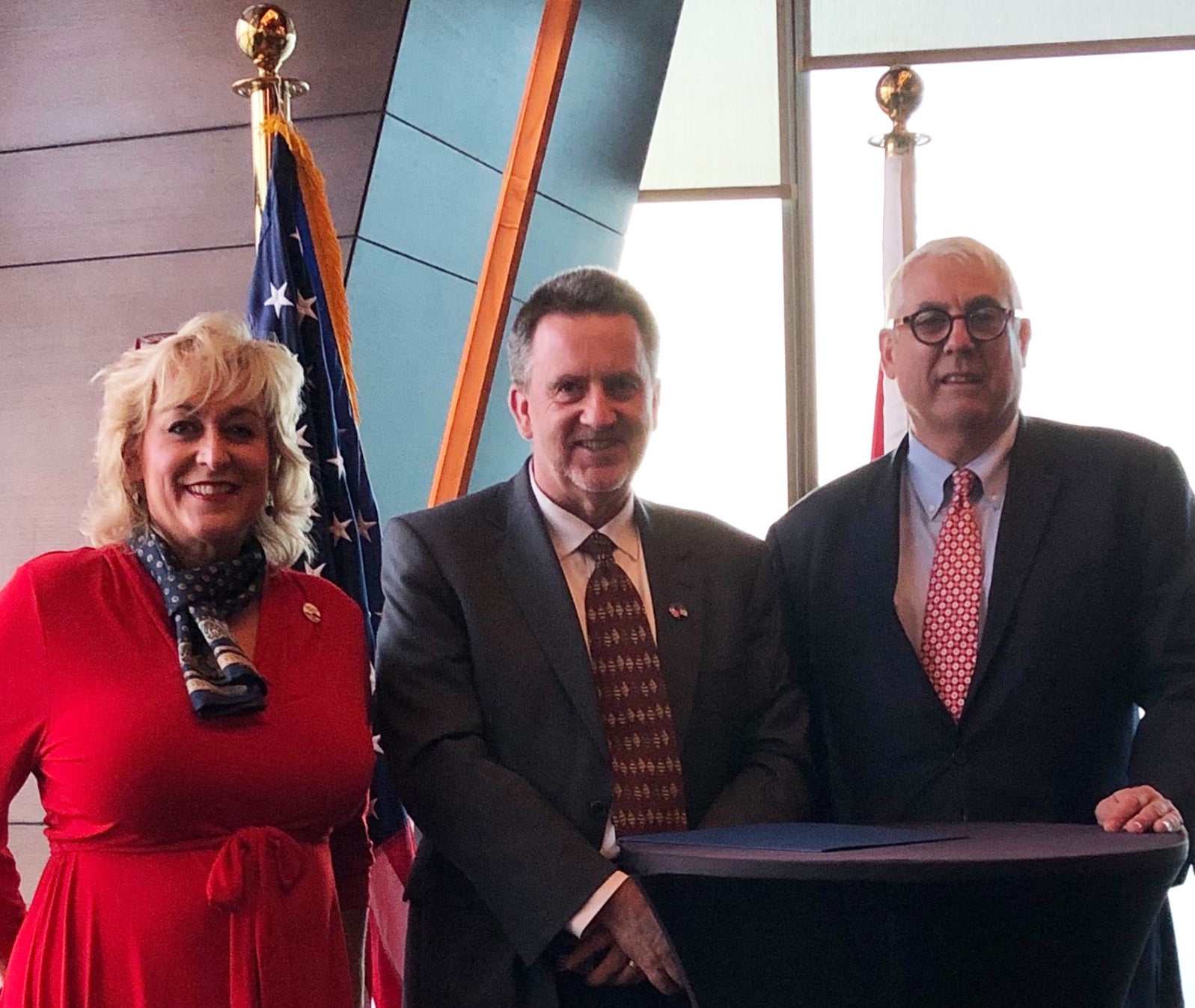 From 24-26 May, U.A.E. sovereign wealth fund Mubadala Investment Company hosted the Global Aerospace Summit in Abu Dhabi. This Summit provided access to some of the most influential global aerospace leaders from the region and from around the world, who shared critical insights, knowledge, and best practices to combat some of the most pressing challenges facing the aerospace industry.

Sean Murphy, Chargé d’Affaires of the U.S. Embassy in Abu Dhabi, officially welcomed visiting U.S. industry delegations to the U.A.E. and reflected on the importance of the Summit in bringing people together. He also thanked the Business Council and AmCham Abu Dhabi for their efforts to strengthen the bilateral business relationship through events such as this reception.

Mr. Murphy lauded the cooperation between the public sector, private sector, and academia in both the U.S. and U.A.E. that helped continue to enable the U.A.E.’s tremendous strides toward social and economic reforms, space exploration, and sustainability. Moreover, he spoke of the centrality of the U.S.-U.A.E. relationship when it comes to maintaining regional security.

Business Council President Danny Sebright reflected on the U.S.-U.A.E. relationship through the lens of the extraordinary legacy of H.H. Sheikh Khalifa bin Zayed Al Nahyan, the late President of the U.A.E. and Ruler of Abu Dhabi. Echoing President Biden’s comments about the late U.A.E. President, Mr. Sebright reminded the audience that Sheikh Khalifa understood the power of the strong political, economic, and military ties between the U.S. and the U.A.E.  Mr. Sebright urged everyone in the room to preserve this legacy and not take the bilateral relationship for granted.