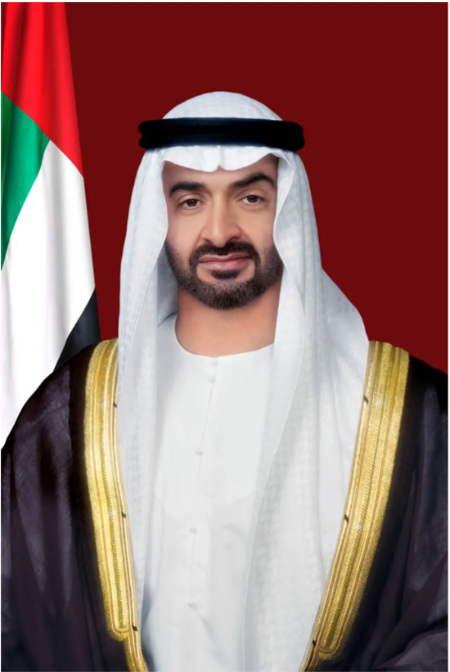 His Highness Sheikh Mohammed bin Zayed Al Nahyan became President of the United Arab Emirates on 14 May 2022 following the passing of his brother, the late Sheikh Khalifa bin Zayed Al Nahyan. His Highness previously served as Crown Prince of Abu Dhabi and Deputy Supreme Commander of the U.A.E. Armed Forces. Sheikh Mohammed was unanimously elected as the third president of the U.A.E. by the country’s Federal Supreme Council, which consists of the rulers of each of the seven Emirates.U.S. President Joe Biden congratulated his “long-time friend” Sheikh Mohammed bin Zayed, who has long played a critical role in shaping U.A.E. foreign policy, defense ties, and the U.S.-U.A.E. relationship. Alongside his global reputation, Sheikh Mohammed is known domestically as both a modernizer and a “man of the people.”Sheikh Mohammed is set to continue the trajectory of his predecessor Sheikh Khalifa and their father Sheikh Zayed, developing the U.A.E. socially while simultaneously further diversifying the nation’s economy, and taking an even more prominent leadership role in the region and the world. Under the rule of His Highness, the U.A.E. is sure to remain, as Sheikh Mohammed once said, “a light that illuminates a dark land.”Government Leadership Previously, in his dual capacities as Crown Prince of Abu Dhabi and Chairman of the Abu Dhabi Executive Council, Sheikh Mohammed oversaw the day-to-day affairs of the Government of Abu Dhabi in close consultation with his predecessor Sheikh Khalifa bin Zayed Al Nahyan. This role took on a more public profile after Sheikh Khalifa suffered a stroke in 2014. Under the guidance of Sheikh Mohammed, the U.A.E. has ushered in a new era of tolerance and peaceful coexistence between societies and religions. His contributions have greatly impacted the modernization of the U.A.E, solidifying the nation’s status as a global destination for innovation. His Highness is particularly focused on improving the lives of citizens and residents of the U.A.E. and has previously stated that “every successful government treats its citizens as a national asset.” Under his presidency, the U.A.E. will likely expand its umbrella of reforms focused on stability, sustainable development, and social welfare. Sheikh Mohammed has often noted that human resources and the role of national service should be main characteristics of the U.A.E.’s domestic agenda.