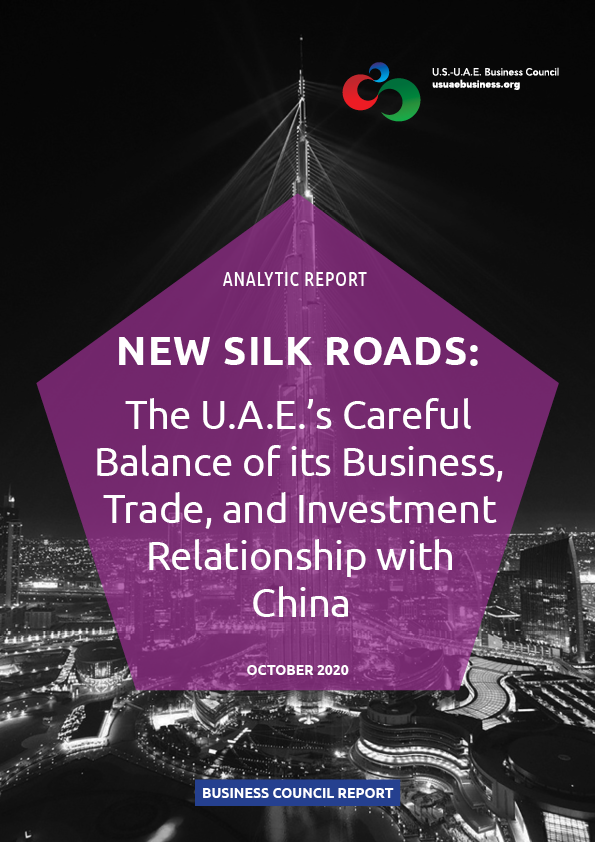 New Silk Roads: The U.A.E.’s Careful Balance of its Business, Trade, and Investment Relationship with China

Amid rising bipartisan concerns in Washington about China’s growing economic and geopolitical footprint worldwide, headlines about the latest billion-dollar deal between China and the United Arab Emirates are often viewed within the prism of this emerging great power competition. U.S. Secretary of State Mike Pompeo recently raised the alarm bells about China’s intentions to bring U.S. partners like Saudi Arabia into its geopolitical orbit through the provision of missile systems and support for a nuclear program. China’s web of investments in Israel from infrastructure to technology start-ups has also rankled many in Washington. And, Huawei’s deep ties across the region have raised alarm bells. In this environment, countries that get “too close” to China will likely fall under intense scrutiny.

For its part, the U.A.E. is studiously trying to navigate the shoals of the great power competition between the U.S. and China. This report attempts to draw out the key highlights of the history of the U.A.E. trade and investment relationship with China, while also demonstrating that the U.A.E. still sees the U.S. as its most important strategic partner even as the economic relationship with China broadens. The U.A.E. sits strategically between East and West, as well as between North and South, and has developed into a major trade hub and global investor. As such, it will inevitably cross currents with the world’s second largest economy, China, much as the United States does (China was the U.S.’ third largest trade partner in 2019). Still, while the U.A.E.-China relationship continues to grow commercially, it has moved slower in strategic and security arenas. The U.A.E. has demonstrated careful moves to manage its relationship with China in order not to endanger its traditional close ties with Washington and key capitals in the West.

The U.S-U.A.E. Business Council is grateful to Afshin Molavi for offering this report exclusively for our readership ahead of our 5 October webinar titled, “Between East and West: The U.A.E.’s Growing Ties to China and Implications for the U.S.” The views and ideas expressed in the report are the author’s own and do not necessarily reflect the views of the Council or its members. Please click here to read the full report with the associated graphics and text boxes.