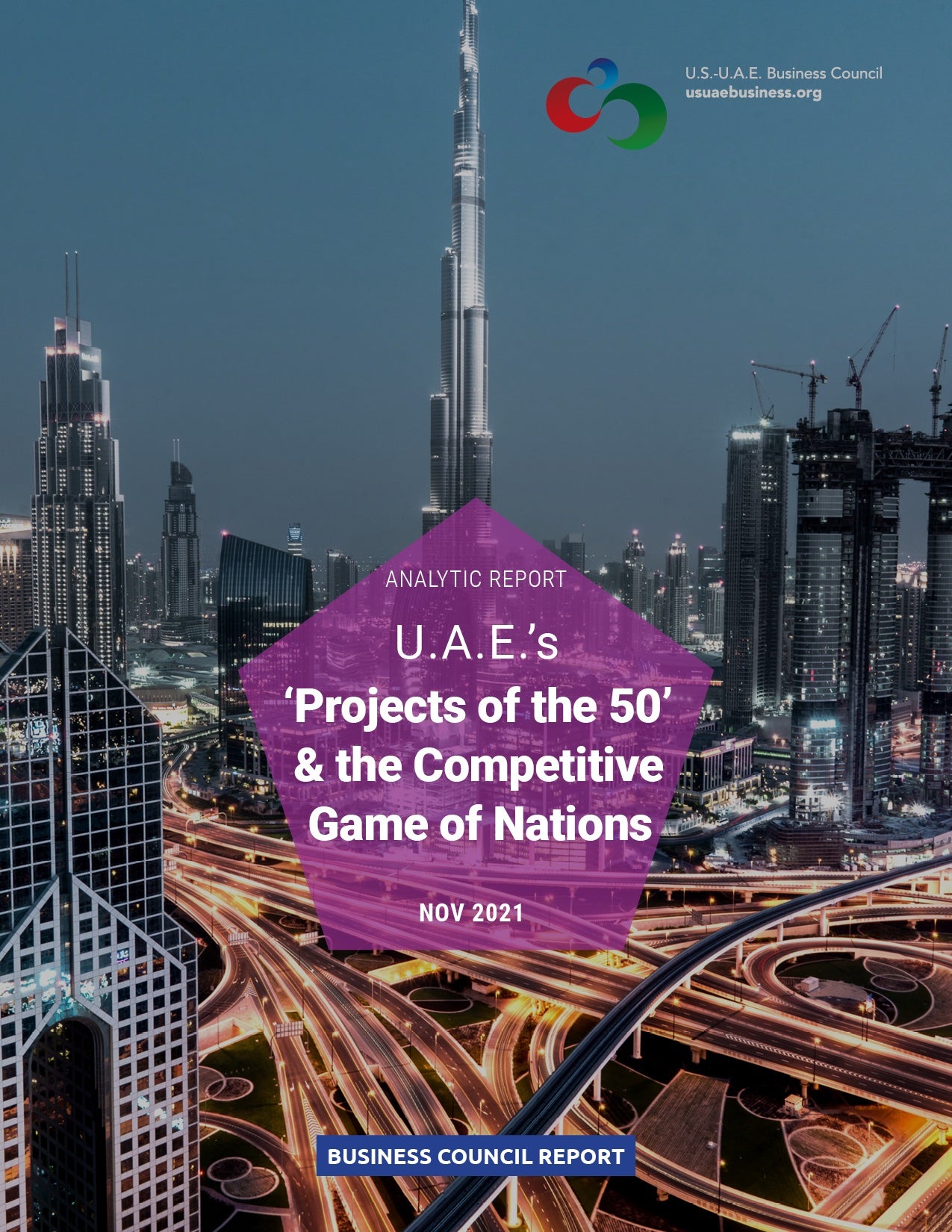 Ahead of the U.A.E.’s National Day on 2 December, the U.S.-U.A.E. Business Council is proud to publish a study by Johns Hopkins SAIS senior fellow Afshin Molavi on the landmark “Projects of the 50” initiative. In September 2021, the U.A.E. government announced an ambitious set of principles and reforms known as the “Projects of the 50.” Launched in the Golden Jubilee year when the U.A.E. celebrates its 50th anniversary as a nation, the series of initiatives and reforms looks to the next 50 years and undergirds two ambitious goals set out by policy-makers: to double the size of the U.A.E. economy over the next decade, and to “create the most dynamic economy in the world.”

In this first in a new series of reports on the “Projects of the 50,” this study chronicles the history of competition among nations, present-day competition with regional peers, and the U.A.E.’s position in the global economy. A second report in the New Year will analyze 40 new laws that the U.A.E. released as this current paper went to print. Future studies will further explore the opportunities presented by these reforms, as well some of the challenges and headwinds they may face.