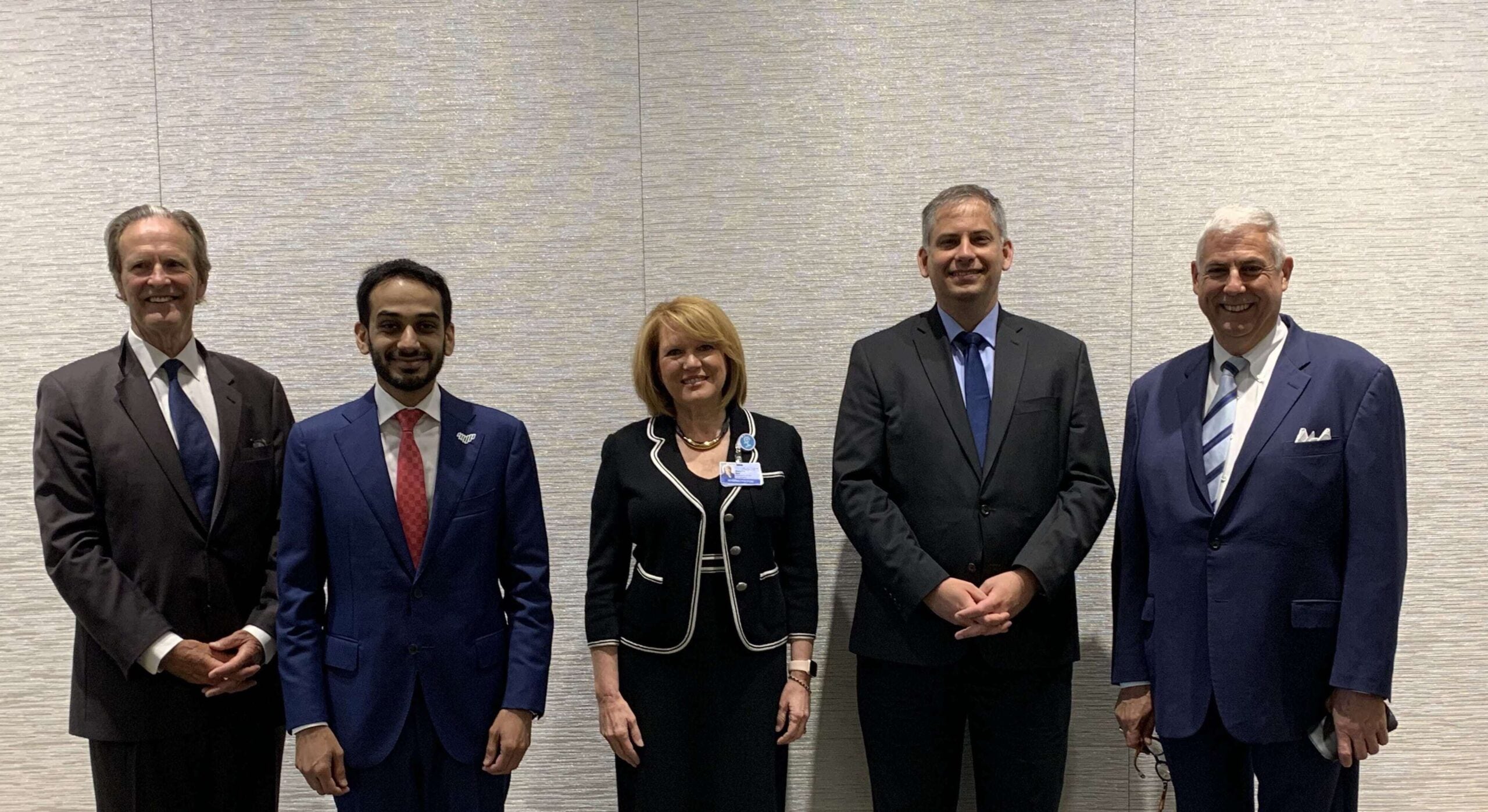 His Excellency Abdalla Shaheen, the U.A.E.’s Consul General in New York, paid a visit to Philadelphia on 28 July 2021 to take part at in event hosted by the Children’s Hospital of Philadelphia (CHOP) on the prospects for expanding health cooperation between the United States of America, the United Arab Emirates, and Israel and in celebration of the upcoming one-year anniversary of the signing of the historic Abraham Accords.

Acting Israeli Consul General to New York, Israel Nitzan,  also featured prominently in this event, which was attended virtually by representatives of the Department of Health Abu Dhabi (DoH), Abu Dhabi Health Services Company (SEHA), and Schneider’s Children’s Hospital in Israel. During this trip, His Excellency had a warm meeting with leadership from CHOP as well as Penn Medicine and visited Emirati patients who have turned to CHOP for world-class care. His Excellency also met with an Emirati resident physician at CHOP.

Participants discussed the prospects of expanded medical cooperation between CHOP, DoH, SEHA, and Schneider’s Children’s Hospital. Discussions also entailed the role the Abraham Accords played in facilitating events like this and the possibilities for further collaboration in the health arena. Participants agreed in particular that the pandemic has accelerated the need for both telehealth and medical research.

Madeline Bell, President and CEO of CHOP, stated that “The goal is to build in-country capability through advanced training and research, and CHOP is committed to helping the U.A.E. do so. Children heal best at home, and this event and what comes of it is a testament to the partnerships that will develop through the channels of communication which the Abraham Accords have opened”.

In turn, His Excellency Abdalla Shaheen stated that the U.A.E.’s relationship with CHOP is extensive, and that the door for further collaboration is always open. He added that CHOP has been a key partner in expanding medical research and knowledge transfers with the U.A.E., and noted that CHOPs compelling work has improved the lives of children across the U.A.E. and the world.  Likewise, the acting Israeli Consul General Israel Nitzan said that the Abraham Accords opened the door for collaboration for the wellbeing of people. He also commended the all-female panel of representatives from DoH, SEHA, and Schneider’s Children’s Hospital.

Danny Sebright, President of the U.S.-U.A.E. Business Council, added his belief that peace brings prosperity, and that the healthcare sphere offers an opportunity for medical and technological advancement that can benefit the U.S., the U.A.E., Israel, and the broader world.

His Excellency subsequently toured CHOP’s facilities to better understand how the institution provides world-class international patient care. This is part of CHOP’s larger U.A.E. engagement, which also involves medical education and training as well as joint research programs. Please click here for a Corporate Spotlight about CHOP that details its partnerships with the U.A.E.

Following the successful conclusion of the event at CHOP, His Excellency Abdalla Shaheen met with Michael Merrit, COO of Signature Services at Penn Medicine. Penn Medicine is another U.S. healthcare provider that has deep and growing ties with the U.A.E., and H.E. thanked Penn for their belief in the bilateral relationship. This week, U.S. News and World Report honored Penn Medicine as among the top hospitals in the country.

His Excellency’s visit to Philadelphia is part of the U.A.E.’s concerted efforts to promote the U.S.-U.A.E. commercial relationship in different regions throughout the United States. With Consulates located in Boston, New York, Houston, and Los Angeles, the U.A.E.’s Consul Generals have been a regular presence throughout the continental United States, meeting with key stakeholders and cultivating strong ties with pillars of industry and trade.

For more information about the Business Council’s work in the health sector, please click here or contact Ameer Alsamman at aalsamman@usuaebusiness.org.