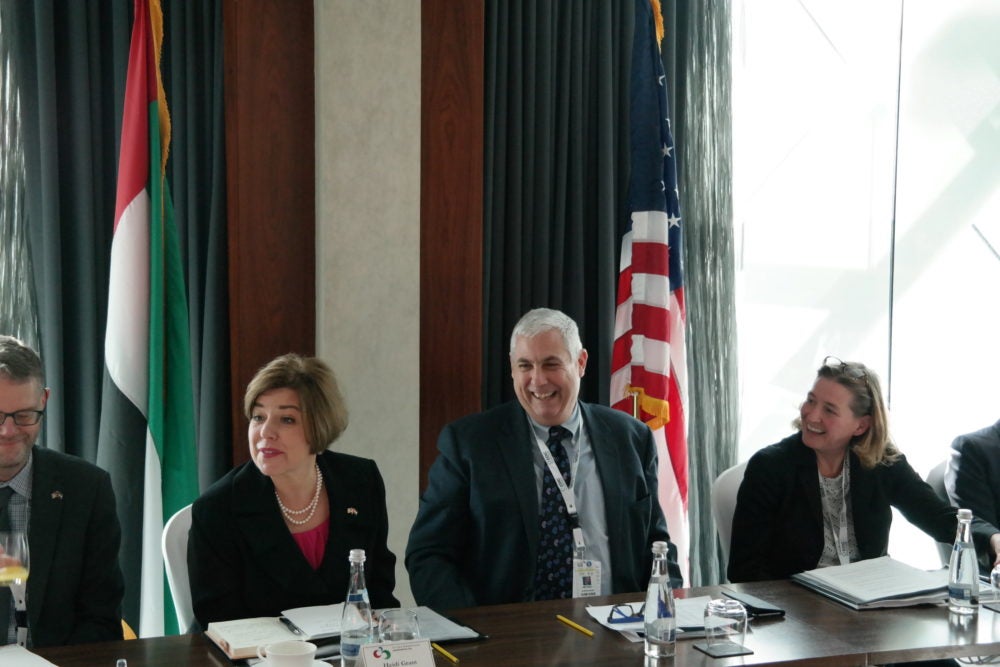 The U.S.-U.A.E. Business Council hosted Heidi Grant, Director of the Defense Technology Security Administration, and Jennifer Zakriski, Principal Director of OSD Middle East Policy, for a roundtable discussion with U.S. defense industry on the 18th of February in Abu Dhabi. Held in conjunction with the 2019 International Defense Exhibition and Conference (IDEX), the event provided private-sector defense industry stakeholders with an opportunity to hear from Ms. Grant and Ms. Zakriski on the Department of Defense’s regional and technology transfer and release policies, as well as bilateral defense cooperation between the U.S. and U.A.E. The discussion highlighted U.S. thinking on great power competition and implications for U.S. cooperation with regional partners.

Attendees were welcomed by Danny Sebright, President of the U.S.-U.A.E. Business Council, who provided brief opening remarks and introduced Ms. Grant and Ms. Zakriski to the assembled guests. Reflecting on the strength of U.S.-U.A.E. ties, Mr. Sebright noted the presence of His Excellency Mohammed Al Bowardi, U.A.E. Minister of State for Defense Affairs, at the previous evening’s Business Council IDEX Dinner, which drew over three hundred senior corporate executives and government officials from the U.S. and U.A.E. Subsequently, Ms. Zakriski provided an overview of U.S. defense security policy in the Gulf and greater Middle East region. In particular, she noted, “The U.A.E. is an indisputable success story in building partner capacity. Decades of close training and cooperation between the Department of Defense and U.A.E. Armed Forces has created an expeditionary military capability. We consider the U.A.E. to be a provider—not just a consumer—of regional security.” Following their prepared remarks, Ms. Zakriski and Ms. Grant engaged the assembled guests in an interactive discussion that touched on U.S. regional policy, the growing role of China in the Middle East, the U.A.E.’s upcoming weapons acquisition priorities, and issues specific to the release and transfer of arms to the U.A.E.

Concluding the breakfast, Mr. Sebright remarked, “The presence of so many prominent companies in this room is a testament both to the U.A.E.’s commitment to expanding its defense and security relationship with the U.S., and its value-add as a strategic partner.”