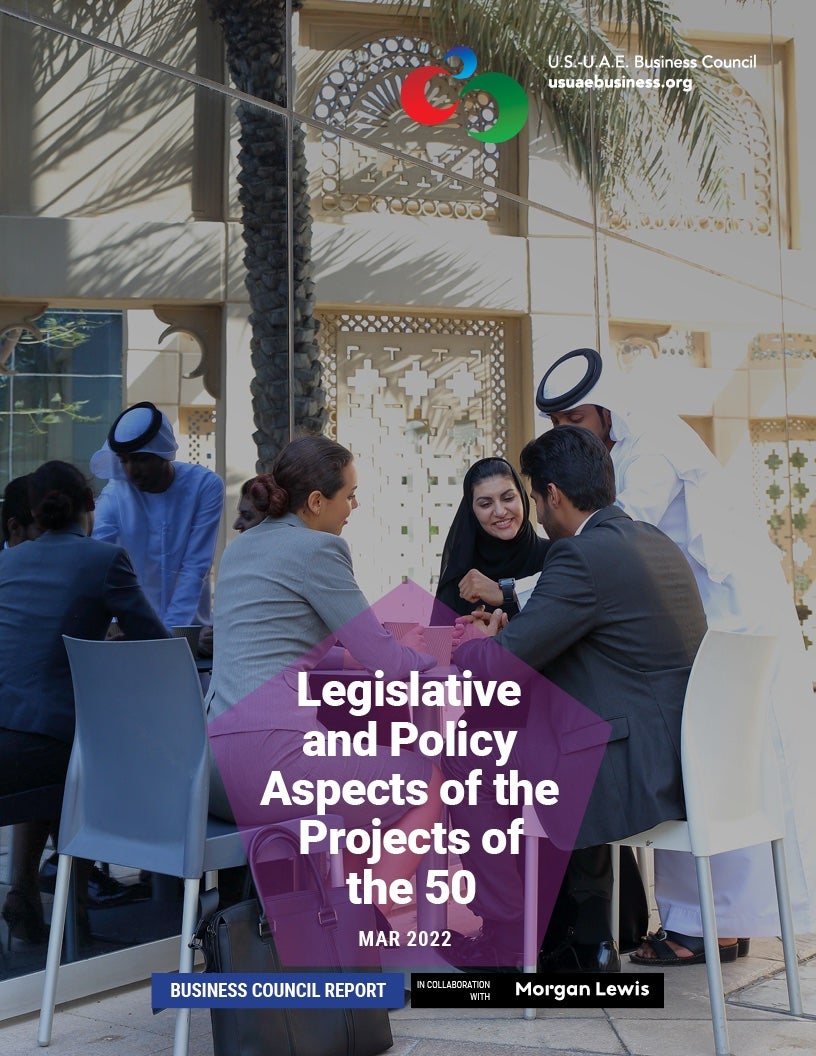 The U.A.E. is well underway in its efforts to create one of the most dynamic economies in the world and is quickly becoming one of the top ten leading hubs for commerce and finance. The Projects of the 50 initiatives seek to capitalize on opportunities in a post-pandemic world while at the same time mitigating the associated risks that come with such fast-paced growth. The foundations for the economic and social transformation depend on profound legislative and policy changes.

What are the practical steps being taken to implement the Projects from a legal and a policy perspective?

Leading international law firm and U.S.-U.A.E. Business Council Founding Member Morgan Lewis analyzes some of the policy and legal strategies of the Emirates in a new U.S.-U.A.E. Business Council studyon the Projects of the 50 and their implementation. Morgan Lewis also notes that an ambitious vision demands equally ambitious changes to policy and the law, and sketches out some of the more noteworthy reforms under two broad categories: economy and society.

The report offers opinion on the changes being implemented, outlines some of the immediate challenges faced, and addresses what further measures are required to achieve the Projects’ goals.

This study is the third in a series of reports on the landmark Projects of the 50 initiative that seeks to double the size of the U.A.E. economy over the next decade and to “create the most dynamic economy in the world.”  The first report in this series situates the Projects of the 50 in the historic context of the “competitive game of nations,” present-day competition with regional peers, and the U.A.E.’s growing position in the global economy. The second report in this series examines how the U.AE.’s shifting foreign policy outlook will generally benefit U.S. and U.A.E. businesses by making it even easier to conduct regional business from the U.A.E. and opening up new markets.