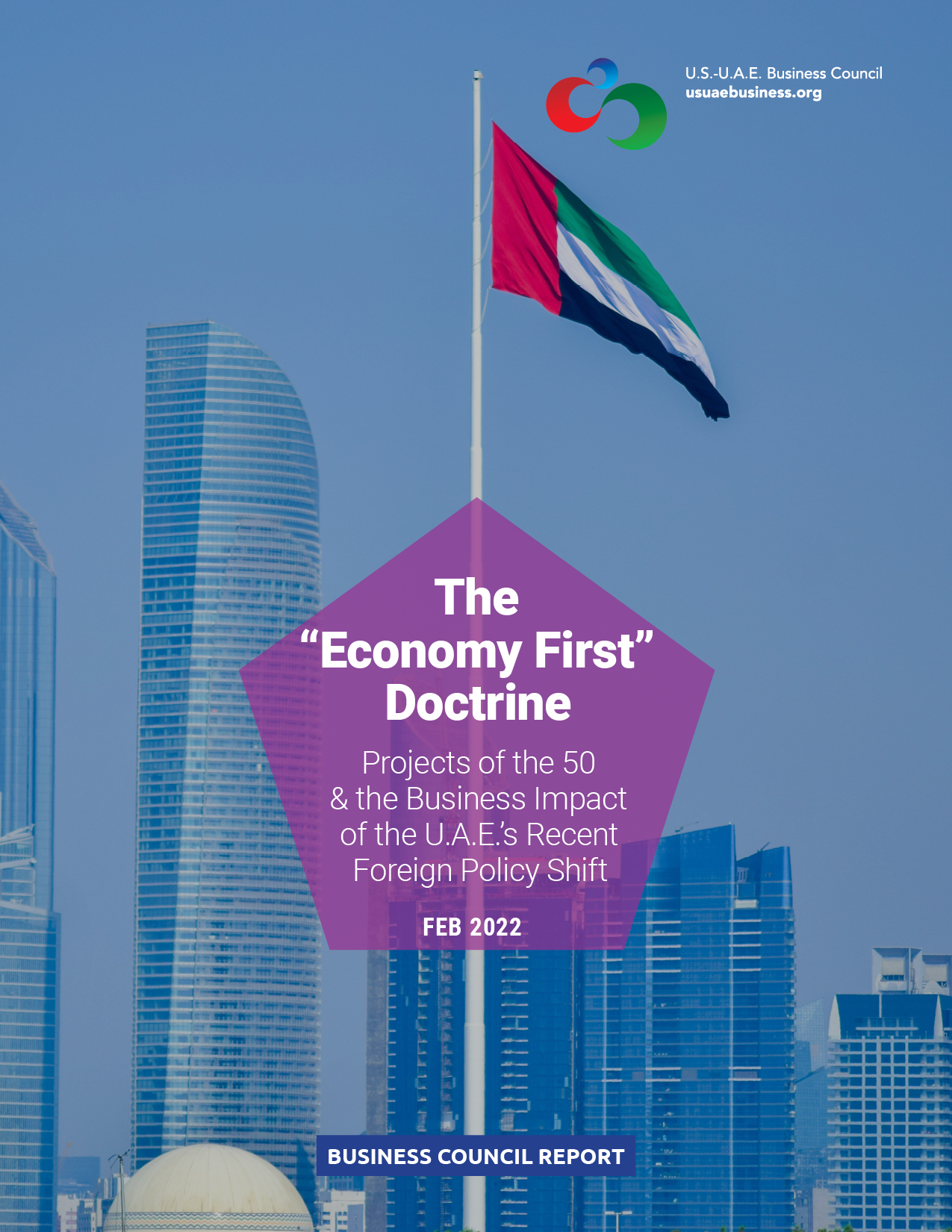 Projects of the 50 & the Business Impact of the U.A.E.’s Recent Foreign Policy Shift

Recent shifts in the U.A.E.’s foreign policy outlook are rooted in a fundamental principle: the nation’s economic interests will drive its foreign policy. Senior U.A.E. officials have clearly stated this “Economy First” outlook over the past year both in public forums and in an ambitious initiative spanning the next five decades called “Projects of the 50.” It has also been reinforced by ground-breaking diplomacy to improve relations with several countries including Turkey, Qatar, Iran, and Israel. This shifting foreign policy outlook will generally benefit U.S. and U.A.E. businesses by making it easier to conduct regional business from the U.A.E. and opening up new markets. This reinforces the U.A.E.’s growing role as a global business hub. Headwinds, however, remain in an international and regional environment that is fluid and highly unpredictable, marked by trends like increased U.S.-Chinese competition and new challenges such as the recent Houthi attacks on Abu Dhabi.